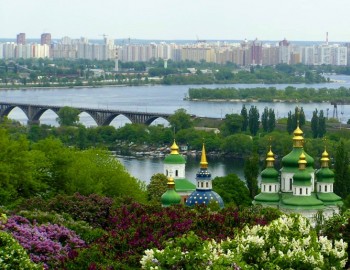 Modern Kiev is a vibrant metropolis of gold and green colors. Kiev is the capital not only of Ukraine but also of the former Kievan Rus, the East Slavic kingdom outstretched from  Galicia on the West to the Ladoga Lake in the north. Since the Xth century, Kiev became also a center of Orthodox religion.

Kiev is often called as the "city of chestnuts" – an uncountable number of these trees make the city green and viable, thus became the symbol of the city.

Kiev is the city of contrasts which also perfectly represents different historical periods. Wall to wall, there stay shining skyscrapers and Khrushchev panel houses, Stalin's marble palaces and old buildings from the tsars times. The old and new hotels, the restaurants with their specialties, churches, monasteries and cathedrals with golden cupolas, unique museums and monuments, countless number of cozy parks and, of course, the glittering Dnieper River with its islands and beaches, which divides the city into the left and right banks – that what Kiev is. But also people – here one can meet people from all corners of Ukraine – East & West, South & North; people from bigger cities and small villages – those who came here for studies and those who came here for work; people who travel and people who living here; people who, most likely, won’t speak perfect English, but always will try to help on your request.

According to the oldest East Slavic chronicle written by the monk Nestor the Chronicler, three brothers - Kyi, Shchek and Choryv and their sister Lybid on the hill of the Dnieper river built a castle and founded the city. In honor of the oldest brother, it has been named Kyiv (Kiev). The archaeologists have actually found the remains of that castle. The old Slavonic Chronicle "The Tale of Bygone Years" refers to the first mention of Kiev in the end of the year 482. Thus, in May 1982 Kiev celebrated the 1500 years anniversary.

Today, the capital (3 million inhabitants) lives in its own way and in a turbo speed. 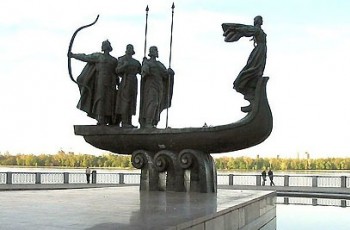 Its modern transport systems consist of a 63 km long metro network with 3 lines and 49 stations, the tram, trolleybus and bus network that covers the entire city (east and west banks of the Dnieper river) and many taxis and marschrutkas (typical Ukrainian minibus in public transportation system). Many foreign countries have their diplomatic missions here. The ministries, the government, and parliament have their seat in Kyiv.

Kiev is also an important arena of all historical events in Ukraine. In 2004 from 21st November to 5th December in Kiev took place the Orange Revolution, the mass protests against the frauds in the presidential elections. The protests were supported all over Ukraine – as in bigger cities as in small villages, but still, Kyiv was the main arena of all the Revolution events.

The most remarkable street in Kiev is Khreshchatyk. A promenade along Khreshchatyk to Maidan of Independence is a “must see” as well as the 1000 years old cave monastery of Pechersk Lavra, which is a UNESCO World Heritage Site and the most important sanctuary for both believers and tourists. 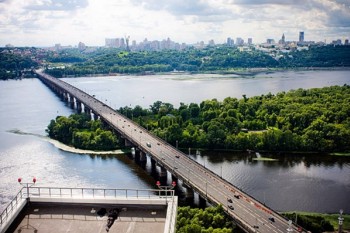 Particularly interesting and worth of visit is the St. Andrew Ascent (Andriivskyi Uzviz), on the top of which is the St. Andrew's Church. Traditionally, since many years the artists had their houses and galleries here. Nowadays, going downhill from the St. Andrew Church, one can find antique shops, museums, and cafes as well as the market of artistic whatnots. The Museum of Bulgakov, where the writer lived and created his most famous novel "Master and Margarita" also is here on the St. Andrew Ascent.

The St. Sophia Cathedral is another UNESCO heritage in the heart of Kiev. The old city gates, called Golden Gates, were erected in the times of Kievan Rus by Regents against the enemies of the state. Now this architectural monument is adopted as the museum and is located just 5 minutes by walk away from the Opera House.

Well, this is quite a short insight about Kiev (Kyiv), as, due to Ukrainian proverb, its better one time to see than 5 times to hear. Welcome to Kiev!