REISEWELT UKRAINE offers you the trips to Lviv / Lvov - the cultural capital of Ukraine. You can spend wonderful weekends in Lviv as well as take a chance to visit neighboring towns in Lviv region.

Lviv is known as multinational city. Historically it was established as a city with a majority of the Rusyn (Kievan Rus) population. But already in the middle of 13th century, when Lviv became the capital of the Galicia-Volhynia Principality, Armenian and German minorities settled here. After Lviv came under the rule of Kingdom of Poland in mid-XIV century, the Poles and the Germans became the majority of the population in the city. At that time also Armenian and Jewish communities grew significantly. Within the Austria-Hungarian Empire the ethnic situation remained similar and even intensified. In 1900, half of population in the city consisted of Pols, a quarter of Jews, and rest of Ruthenians (Ukrainians), Armenians, Germans, Greeks and even Italians. This ethnical diversity of Lviv changed significantly after the Holocaust and the Operation Vistula – practically no Jews and Poles left in the city. Instead, due to the Soviet policy, the number of Russians significantly increased. During 1960 – 1980 as the result of industrialization, the city's population enriched with the Ukrainians from neighbor villages.

Out of the long history full of different cultural and political influences the myths and legends of Lviv take off their roots. Thus, the modern city reflects all of those different and sometimes controversial layers and brands of Austrian Lviv, Jewish Lviv, Polish Lviv, Bandera city, Ukraine's Coffee Capital, best beer city in Ukraine, city of lions, and city of masochism. All of those city faces are perfectly branded with the developed net of city infrastructure, especially cafes, pubs, all kinds of attractions highlighted with the great tourist services.

Jewish settlers appeared in Lviv right when the city was founded. They came here as merchants and shortly became an integral part of the city economy development. In the 14th century, there were two Jewish communities - one inside the city and another one out of the city wall. By 1550, Jewish community in Lviv counted nearly 1,000 people. In 1571, the gothic-style synagogue, known as the Golden Rose Synagogue, was built in the city. And in 1682, another synagogue was built for the community living outside the city walls. These Jewish sacred buildings in Lviv were ruined during World War II.

Within the Austrian-Hungary Empire the Jewish community in Lviv grew significantly. Cultural as well as professional life of Jews flourished with an outpouring of Hebrew and Yiddish literature and the establishment of a Jewish theater. By 1910, the Jewish population of Lviv increased to over 57,000.

Despite the World War I and growing of anti-Semitism in Galicia, the Jewish population in Lviv in 1939 reached 110,000 people and shortly after the outbreak of the World War II raised even to 200,000 (due to the number of refugees from Western Poland occupied by Germans). Shortly the disaster of the war came to Lviv and in 1941 Jews experienced serious persecutions – firstly the ghetto was forced in Lviv, then the synagogue was destroyed, and a huge number of Jews from Lviv were deported to forced labor and extermination camps.

There remained a very small community of Jews in Lviv and the Jewish heritage in the city was mostly ruined. However the memory about Jewish influences for the city development and the tragedy of Jewish community in Lviv stays in people’s mind, thus there are attempts to keep it alive - the Memorial to the victims of the Jewish Ghetto, conserved the Golden Rose Synagogue ruins, the Jewish café under the Golden Rose.

Why Lviv – the city of lions? 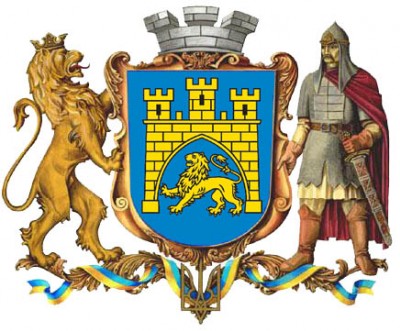 Danylo Galytskyi, the King of Galicia and Lodomeria founded the city of Lviv in 1256 and named it in honor of his son Lev (Lion). Since that time the king of animals the lion (Lev in Ukrainian) became a symbol of the city. Thus the lion sculptures and reliefs became very common elements of the city architecture. One can count over 4,000 stone lions in Lviv. The legend says that the stone lions which sleep during the day, become alive in the night, and when all people fall asleep, the lions guard the city.

Why Lviv – cultural capital of Ukraine?

On the 28th of April 2009, Lviv was declared as the cultural capital of Ukraine. This status was given to the city based on expert evaluation of the State service of tourism and resorts and “The Council on tourism and resorts issues” due to active development and support of cultural events in the city: 60 museums, 100 churches of different confessions, more than 100 festivals annually, and a well-developed tourist infrastructure won the status of cultural capital for the city of Lviv. Additionally to this, Lviv hosted in 2012 the EURO championship – that made the city even more popular and attractive among the tourists.

History and architecture of Lviv.

In 2006 Lviv celebrated its 750 anniversary. Thus the first documental mention about Lviv is dated by 1256. The history of the city is full of different events and bright names. Situated on the cross of two trade routes, the city grew and flourished rapidly and became one of the main trade centers of medieval Europe. That determined the ethnical composition of the city. Thus in Lviv besides Ukrainian (Ruthenians) community appeared the Jewish community, Polish community, Armenian community, and German community. The ethnical diversity had also a strong impact onto the architectural composition.

There are a lot of significant dates in history of Lviv. Among the most important events that shaped the city landscape and the fate of Lviv, the following events should be mentioned:

From the Architectural point of view, Lviv is rich with classical, baroque and secession architecture. Among the best architectural monuments in Lviv the most prominent are

These are only a few highlights which belong to the TOP places in Lviv. However, this list can be extended significantly, and should definitely include Armenian street in Lviv, Jewish quarter in Lviv, Pidzamche and Kastelivka – two essential and authentic (because of architecture and the style of life) parts of Lviv city. 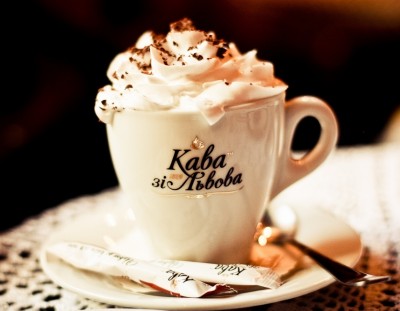 Coffee has become an essential part of Lviv daily culture. It is impossible to imagine the old streets in Lviv without alluring scent of spicy coffee that flows through the small windows of cozy cafés. The history of coffee in Lviv began in the late 18th century when the Austrians came to Lviv. They have opened the first cafes in Lviv where wealthy city dwellers enjoyed the smell and taste of wonderful black coffee. In the city, there are more cafes than in any other city of Ukraine. For that reason, Lviv became known as the coffee-capital of the state. The cup of Lviv coffee is not just an ordinary black liquid, but the spirit of the old city, its soul, and history, its old tradition which revive with the first sip of this hot drink. Visiting Lviv one should definitely try a cup of coffee in one of the cozy cafes in Lviv. You will be pleased with the atmosphere and the taste of coffee in Svit Kavy (World of Coffee) "Viden’ska Kavyarnia" (Viennese Café), Pid Klepsydroyu (Beneath the Clepsydra) Gallery-Café "Shtuka", Cukernia, Virmenka, Café Veronica, Golden Ducat, Glory Café. That is a very short list of best of the best Lviv Cafés which can be much more extended. Thus we invite you to Lviv for a cup of coffee which will insight you with peace and harmony and will take you away out of daily routine.

Lviv has always been the city of gourmets, thus is known with the variety of its goodies. And what else could make the life sweeter than the chocolate? Already the medieval Lviv was known for its sweets, especially for its chocolate, which in the 19th century was exported all over the Europe. The first Lviv Confectionery was founded in 1803 in one of the most beautiful houses on the market place (No.29) and its owner was a Swiss confectioner Dominik Andreolli. Another Swiss, Leopold Rottländer founded in Lviv also the cake shop that existed about forty years. This cake shop was located on the square, where since 1893 the Grand Hotel Lviv is. History of the chocolate factory of "Svitoch" began long ago as in 1882. Thanks to the "Svitoch" goodies, at the beginning of the XX century Lviv became known as the "pastry capital of Europe". In 1998 the factory of "Svitoch" became a part of Nestle Company. The modern Lviv is proud of its long history of confectionery.

For those who are not the big fans of coffee, Lviv can offer another kind of a good and widely popular drink. The legendary Lviv brewery is the oldest beer producer in Ukraine. The first brewery on the territory of Ukraine was founded in 1715 and since then begins the history of "Lvivske" beer. This beer is brewed according to the traditional recipe which is over 300 years old. Back then the beer gained a big popularity not only among Ukrainians but also throughout the Europe. Lviv Brewery has become one of the best breweries in the Austro-Hungarian Empire. Later the beer of Lviv became as known in Europe as Bavarian, Porter Іmperial and Exportowе. Nowadays, represented with nine different tastes, Lvivske beer keeps its traditions and is number one in Ukraine, as well as being exported to Europe. Having such a deep roots of beer traditions Lviv gained the right to be called the city of beer in Ukraine. Besides cafes and coffee, pubs and beer are very popular in Lviv - both among locals and tourists. Some of Lviv pubs even offer the unique types of beer made by special recipes at the small private brewery. Once you come to Lviv, do not miss visiting Robert Doms, Kumpel, «Pravda Beer Theatre», Xrystofor or Choven pubs – there you will enjoy the best beer in Lviv.

Lviv is the universal touristic city. There can be found plenty of things to do and places to visit – starting with historical and architectural monuments and continuing with Opera and theater, churches, festivals and events, open air markets, cafes, pubs, industrial parts of the city and big shopping centers. So, you will find in Lviv everything you like! And REISEWELT-UKRAINE will be happy to organize your trip to this beautiful, romantic and inspiring city of Ukraine.