Religion is considered as one of the main basis of a national identity. But what if several religions compete of being the definition of the national identity? Ukraine is a perfect example of such a case. The first historical mention about Christianity in the Kiev Rus belongs to the 9th century, when the Grand Prince Volodymyr I (Holy) in 988 accepted orthodox faith under the Bisantinian influence. Therefore, the pagan temple in Kiev was destroyed and Slavic idols were thrown away into the Dniepr river. From this point, the new faith starts developing quickly. 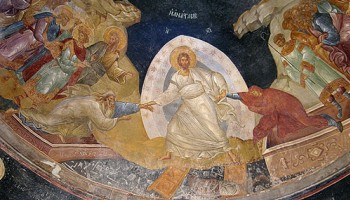 The Orthodox ritual was followed by establishing of Ukrainian Greek Catholic Church in 1596, which recognizes the supremacy of the pope and is in union with Rome. The Greek Catholic Church in Ukraine has about 5.5 million members. The majority of greek-catholic parishes (97%) is mainly concentrated in Galicia and Transcarpathian, although its’ center, according to the Vatikan’s rules, is located in Kyiv. During the soviet period, UGCC suffered from serious persecutions and was acting in underground and in emigration. Only when Ukraine got independence in 1991, UGCC emerged from the underground and continued it’s legal functioning. The aim of this church was to proclaim own Ukrainian patriarchate and to create greek-catholic communities in the central and eastern Ukraine.

Besides, there is about 2 mln. Muslims (4 %, including 1,7 % Crimean Tatars), 1,1 mln. Roman Catholics (mainly Poles and German) as well as a small group of evangelists Church (2,7 %), and approximately 103.000 Jewish. 5,3 % are atheists or belong to the other religions. There are also 77 communities with are the followers of paganism. 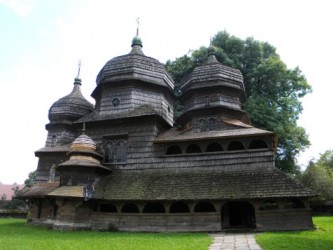 Regarding the geography of religion dissemination, it can be stated that the Eastern Ukrainians are less religious than the central and western Ukrainians: 34,5 % of the entire religious communities are concentrated in the west of the country, 23% in the center, 17,3% in south and only 9,3% in the East.

Nowadays, the number of monasteries and religious educational institutions is growing. There are 4,500 Sunday schools and schools for catechesis. There are also more than 60 religious periodicals in the country.