This unique tour takes you into the Western Ukraine – the fascinating region of Eastern Europe which is barely known as the tourist destination, however, has a lot to offer from historical, cultural and recreational points of view.

Dive into a beautiful atmosphere of the past and present of Western Ukraine, which now plays the key role of Ukrainian integration into Europe. Our tour will help you to meet Ukrainian soul and open an amazing travel destination.

The morning starts with breakfast and the city tour which includes a visit to the local museum. This is followed by the visit to the Castle Palanok (14th cent.), where many years ago The Holy Crown of Hungary was kept.

The first Ukrainian lunch you have in a Kolyba (typical wooden guest house in the Carpathians) in the Geographical center of Europe near Rakhiv. Surrounded by picturesque woodlands, here you can enjoy the peace and dive for the first time into the beauty of this undiscovered region of Western Ukraine. You visit a typical household with sheep and cow Masha, tasting kefir and homemade vodka there. During the delicious dinner, the local musicians play traditional instruments for you!

On this day you meet representatives of local ethnic group of Hutsuls and get acquainted with Ukrainian Carpathians. That is a wonderful and exiting trip which can be organized only by REISEWELT UKRAINE.

It starts from the waterfall in Yaremche, continues with the famous Easter Egg Museum in Kolomya, later the town Kosiv with its Hutsuls handicrafts.

The further route lies to the town of Verkhovyna, which is named as the capital town of the Hutsul ethnic territories. Our best local guide Roman Kumluk acquaints you  with the old customs and traditions of the Hutsuls. In Vorokhta you will pass the highest mountain of Ukraine Hoverla (2061 m). Here you will visit the railway viaduct built during Austria-Hungary times, and also the Mary Nativity church dated back to 1615, which is one of the oldest wooden churches in Ukraine. The dinner is arranged in Tatariv.

Today after breakfast, your route lies to the old Austrian crown land Bukovina, and the city of Chernivtsi.

This city was an important trading center in times of Kievan Rus and within the Austrian empire (1775-1918) became a thriving capital of Bukovina. You explore a wonderfully preserved inner city architecture which refers to Vienna style. Particularly you visit the Orthodox Metropolitan residence (now State University and UNESCO World Heritage), the Jewish Temple and the Germans, Poles, Romanians folk houses. The excursion is followed by interesting facts and exciting stories from the history of Chernivtsi.

Today the route takes you along the second largest river of Ukraine - the Dniester. The first excursion is planned in Khotyn. In Khotyn there is a splendid castle on the riverside of Dniester - the banks that originally guarded the Ottoman-Polish border. Then you visit the breathtaking castle in Kamianets Podilskyi city built at the time when Ukraine was under the Polish-Lithuanian rule. The city including the castle was nominated for UNESCO World Heritage. The final destination point for this day is Pochaiv which is the second most important orthodox sanctuary of Ukraine after Kyiv Pechersk Lavra. Optionally, you can attend on your own the evening liturgy served in Gregorian style.

This day prepares for you a lot of new experiences. After breakfast, you go to Brody. Until the World War I this small town was not only the border between Russian and Austrian Empires but also one of the most famous Jewish Stettl in Galicia, where also the famous Austrian writer Josef Roth was born.

The further route lies towards Lviv. On the way, you see the castle in Olesko - the birthplace of Johann III Sobieski.

Our final travel destination for this day is Lviv (Lvov) – the former capital of the former Austrian crown land Galicia. In the second half of the day, REISEWELT UKRAINE offers you the city tour in Lviv.

During this extensive city tour, you will see UNESCO heritage of historic city center of Lviv with lots of monuments such as the town hall, Jewish quarter, Arsenal museum, Mary Dormition Church, Boim Chapel, The House of seasons, Armenian Church, etc..

Today’s morning offers you a closer look on the outskirts of Lviv. Firstly you visit the medieval monastery in Krekhiv which refers to the old Byzantine tradition. The next sightseeing point is the town of Zhovkva (Polish - Żółkiew) – the "ideal town" according to the urban planning of XVI century, and the castle in Zhovkva.

You also visit the currently working wooden church of XVIII century. The peculiar feature of this attraction is that the church has a peculiar iconostasis painted by local icon painting school. The church in Zhovkva is currently nominated for UNESCO World Heritage.

The group returns to Lviv. In the afternoon individual exploration of Lviv is in the program.

After breakfast, you can have a few more hours for self-exploration of the city. Saying “Goodbye” to Ukraine and to your REISEWELT UKRAINE travel guide. 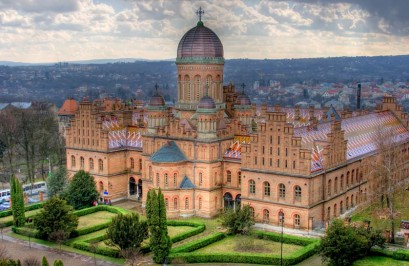 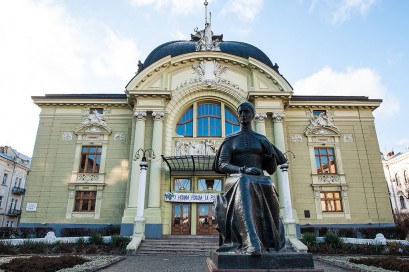 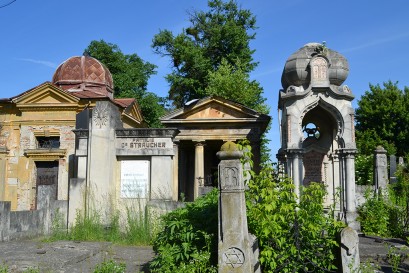