Ivano-Frankivsk is one of the smallest regional centers of Ukraine. The population here is about 230 thousand people.

This city is located right in the Carpathians, which is part of the historic landscape of Galicia. It lies on two rivers – Bystrytsia Nadvirnianska and Bystrytsia Solotvynska.

Until 1962 the city was named Stanislav or Stanislaviv (polish Stanisławów). As Stanisławów, the city was founded in 1662 by the Polish noble family of Potocki (existing in 1569 – 1772 in Province of Ruthenia).

In 1962, in a context of the 300-year celebration, the city was renamed as Ivano-Frankivsk in honor of one of the most famous Ukrainian writers Ivan Franko. Ivano-Frankivsk is since the year 2000 twin city of Rzeszow in Poland.

In 1772 the city became under the Austrian rule. Since the 18th century until the Holocaust Ivano-Frankivsk was a large Jewish center of the region. From 1867 to 1918 the city belonged to the Dual Monarchy of Austria-Hungary. In 1919 the city was shortly the capital of the West Ukrainian People's Republic. According to the Riga treaty of 1921, Stanisławów became a center of Polish province of the same name.

As a result of the Molotov-Ribbentrop Pact in 1939, the area was firstly affiliated to the Soviet Union. After the German invasion of the Soviet Union in 1941, Western Ukraine was occupied by the German army and stayed under its rule until 1944.

The district of Galicia was formed out of the occupied territories, and annexed to the General Government. Stanislawiw was the capital of the district. At that time there lived many different ethnic groups with their own cultural and religious backgrounds. Ukrainians, Poles and Jews represented the highest percentage of local population. 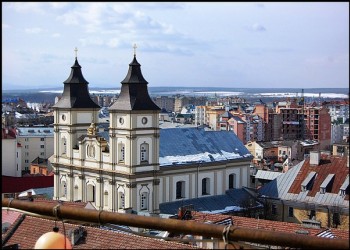 After the Second World War, the Polish population was forcibly resettled by the Soviet authorities out of this region. Thus, today it’s mostly Ukrainians (91% of the population) who live in Ivano-Frankivsk.

Ivano-Frankivsk has a picturesque old historical center, which was almost completely restored from the ruins after Ukraine proclaimed its independence in 1991.

The modern city is rich with many interesting sights, architectural monuments and museums. In recent years there appeared a number of cozy and special by their interiors coffee houses, restaurants and recreational areas. This city can be both – your initial travel destination and interesting station while traveling to the Ukrainian Carpathians.

An essential part of the cultural life of the city is so-called "Phenomenon of Stanislawiw", which is associated with many modern Ukrainian writers and artists, among which Yurii Andrukhovych, Volodymyr Yeshkiliev, Yurii Izdryk, Taras Prokhasko, Halyna Petrosaniak, Maria Mykytsei. 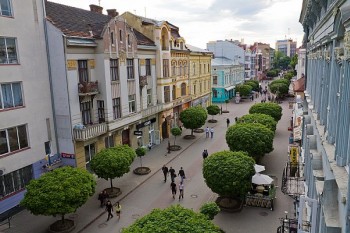 The historical background of this phenomenon was the breakup of the USSR and a sharp need of  the new artistic vision of post-soviet realities in Ukraine. As a result, there appeared a new type of Ukrainian postmodern literature. Among the most important and well-known cultural projects, there are magazines "Thursday" and "Pleroma", Internet-project "Train 76", and numerous theater projects as well as other cultural events.