Highlights of the trip

Ukraine is as old with its historical age as young with its independence. This trip takes you to different regions of the country – western, central and south Ukraine. You will be amazed by the historical and cultural diversity of Ukraine and hospitality of Ukrainian people! Traveling with REISEWELT UKRAINE you will explore the country from the Carpathians to the Black Sea.

The specific geographical position between Eastern and Western worlds as well as bordering with Europe and Russia, raised particular cultural unicity of Ukraine, that won’t make you indifferent.

Meeting with your Ukrainian tour guide at the border. The first destination point of your trip is Uzhhorod, the smallest capital city of Ukraine, which though has a lot of attractions in a tight space. You can make sure about that already during the orientation tour in Uzhhorod. Afterwords delicious dinner is waiting for you. Overnight in the hotel in Uzhhorod.

After breakfast in the hotel, you start your acquaintance with Ukraine. This day of your trip to Ukraine offers you a picturesque route through the Ukrainian Carpathians.

On the way, you visit the geographical center of Europe in the village Dilove, near Rakhiv, directly at the Ukrainian-Romanian border. Here we take a short break for picturing and visiting of the souvenir market where you can buy typical Ukrainian souvenirs.

The further route takes you to Vorokhta. There you visit the Mary Nativity church – constructed in 1615, it’s the oldest wooden churches of Ukraine. Here in Vorokhta you can also explore an old railway viaduct built during Austria-Hungary times. 130 meters long, this is one of the largest stone viaducts in the whole Europe.

In the evening you arrive in Yaremche / Tatariv – a famous Ukrainian health resort, which in former times was a favorite vacation spot for wealthy people from Poland and Austria-Hungary.

This day opens for you an opportunity to go deeper into Ukrainian culture and to meet people of Hutsulshchyna in the Ukrainian Carpathians.

After breakfast, you leave from Yaremche to Chernivtsi. This route will impress you with its picturesque mountain landscapes of Ukrainian Carpathians.

You stop by Verkhovyna, an urban-type settlement located in Ivano-Frankivsk region  which is considered to be unofficial capital of Hutsulshchyna. Your impressions about this wonderful mountain region of Ukraine would not be complete without getting to know historical customs and traditions of Hutsuls ethnic group.

To get familiar with local Ukrainian culture, we visit special and quite interesting museum called “By trembita players’ place”. The founder and head of this museum Mykola Illiuk always warmly welcomes his guests with the sounds of trembita – the longest musical instrument in the world!). He will tell you about the everyday life of Hutsul people and will insight you into the most interesting facts about culture and traditions in Ukrainian Carpathians. This special excursus is led under musical accompaniment!

After such an exclusive excursion, you can try to play trembita or try on Hutsuls’ national costumes and make pictures in it.

We continue this exciting Ukrainian trip and our following destination point is a small Carpathian village Yavoriv. This village is known because of the sheep wool carpet trade which was manufactured here for centuries and had been passed from generation to generation.

In Yavoriv you have a chance to learn how the sheep wool carpets are produced and to try this old traditional craft by your hands. After this exciting workshop, we offer you great lunch which is based on local Carpathian dishes.

After a tasty lunch and short relax we go further to Kolomyia where you can visit unique and exciting Easter Egg Museum.

In the evening you arrive in Chernivtsi where you have check in at the hotel, dinner and overnight.

This day prepared for you acquaintance with one of the most beautiful Ukrainian cities, which is primarily proud of its royal and imperial heritage.

The city of Chernivtsi (Russian - Chernovtsy) reached of its highest development point during Austria-Hungary times (1775-1918) as one of the blooming regional capital cities of the old Austrian crown Land Bukovina.

Here in Chernivtsi you explore lots of interesting attractions, among which Chernivtsi downtown, the Herrengasse, the residence of orthodox metropolitan (nowadays the building of Chernivtsi national University which is under UNESCO protection), Jewish temples and traces of different cultures which influenced development of the Chernivtsi city.

In the afternoon time for individual city exploration is planned. Overnight in the hotel.

Today is planned as the transfer to Odessa city and Ukrainian Black Sea side. The road takes you through Moldova, which is also known as the historical region of Bessarabia.

This independent country nowadays has to fight not only against poverty of its population and against corruption but also against a frozen Transnistrian conflict.

In the capital of Moldova Chisinau lives more than 13 % of the Moldovan population. Thus, Chisinau is pulsating metropolis heart comparatively to rural areas of Moldova.

Chisinau is a beautiful city with broad boulevards and bustling squares. Here we take a pause for the exciting city tour. Then the route leads you further to the Ukrainian border.

Odessa emerged as a quickly developing free trade zone, which was an important and attractive trade point for both East and Western Europe. The city of Odessa plays the outstanding role of economic driver for the whole region of southern Ukraine.

During the hot summer days you will admire catalpa and acacia trees which generously provide their shades for passers. Odessa also will nicely impress you with its chessboard planning of the city center and architectural highlights.

The bright impression of the town is complemented not only by its architectural jewels such as the world famous Odessa Opera House, designed by the Viennese architects company of Helmer & Fellner, the Potiomkin stairs or amazing architectural assembly on the magnificent De Ribas Street but also by the good southern Ukrainian wine, the wide range of Ukrainian, Russian, Moldovan and Jewish dishes. All of this is seasoned with the healing salty air of the Black sea.

The afternoon is at your free disposal. Further scheduled the dinner at the hotel and overnight.

This day brings you to Kiev – capital of Ukraine. Along the way you stop by Sophia Park (Sophiivka) – a masterpiece of the horticultural art of 18-19 century. Sophia Park appeared in Uman in 1796 as the gift of Polish prince Stanislav Potocki to his Greek wife Sophia.

On the 150 hectares of Sophia Park one can find many lakes, waterfalls, fountains, as well as 550 species of trees, architectural ensembles and sculptures.

Here in a cozy inn we will have lunch after which we will continue our trip.

At the end of the day we arrive in Kiev.

Check-in, dinner and overnight in the hotel.

This day of our trip is dedicated to the city of Kyiv (Russian Kiev). Kyiv has contributed over 1,000 years into European history and culture and preserved until now significant number of historical attractions. Modern Kiev is a vibrant metropolis with over 3 million inhabitants on both shores of the Dnieper River.

In Kiev you will visit Kyiv Pechersk Lavra – the most important Orthodox sanctuary of Ukraine. The other attraction on the “must see list” of Kiev are the Golden Gates and Sophia Cathedral. To the tourist attractions in Kiev also belong the House with Chimaeras (or Gorodetsky house), Mariinsky Park, Motherland statue and numerous monuments to important historical events and famous people, and of course Khreshchatyk Street and Maidan – central square of Kiev where the most important historical events for independent Ukraine took place (particularly, the Orange Revolution and the Revolution of Dignity).

St. Andreas Ascent with a beautiful baroque church on the top, with many street cafes and art galleries is one of the highlights of Kiev city which should not be missed when visiting the capital of Ukraine.

In the afternoon remains a free time for individual exploration of Kyiv. Thus you can undertake an adventure on Kiev underground – one of the deepest and amazingly cheap undergrounds in Europe which will nicely surprise you with its beautifully decorated stations.

Dinner and overnight in a hotel.

After breakfast, we have to say goodbye to the hospitable Ukrainian capital in order to attend few more places in Ukraine and reach to the wonderful city of Lviv in the western Ukraine.

From Kiev our route goes towards the western part of Ukraine, which is historically known as Volhynia. On the way, we will have lunch in a cozy inn in the city of Rivne. After lunch, the further route takes you to the small town of Brody. Before the World War I Brody belonged to the Austria-Hungary Empire and played an important role as the trade town on the border of Europe with Russian Empire. Here in Brody in 1894 the famous Austrian writer Josef Roth was born. To add more spices, we have to say that mother of Sigmund Freud also was born in Brody.

In Brody you visit the gymnasium which Josef Roth graduated from, you walk along the main street which is called Golden Street. Besides, Brody preserved the traces of Jewish culture (during Austrian rule, Jewish community in Brody was one of the biggest in the whole Galicia). Thus you can see ruins of the big Jewish synagogue of Brody dated by 18th century and impressively big Jewish cemetery on the outskirts of the town.

On the way from Brody to Lviv, you drop by the old medieval castle where was born the famous Polish king Johann III Sobieski, who liberated Vienna from Ottoman army invasion in 1683.

Our target of this day is Lviv the capital city of the former Austrian Kingdom of Galicia and Lodomeria.

Arrival to Lviv (Russian Lvov) hotel check-in, dinner and overnight at the hotel.

The detailed Lviv city tour will open for you the historic downtown with numerous UNESCO-protected monuments such as the town hall, Jewish Quarter, Arsenal Museum, Mary Dormition Church, Boim Chapel, the house of the seasons, Armenian Church, and many other exciting places of Lviv city.

Lviv has long been considered as an unofficial capital of Ukraine, which made a significant contribution into Ukrainian national revival.

The role of Lviv as the cultural capital of Ukraine was admitted in 2009 on the national level. Lviv is also recognized as one of the best tourist destination on the European level. Among latest recognitions, Lviv is in TOP 5 of places to visit in 2016 by Lonely Planet.

You get the chance to explore Lviv with the professional guide firstly and then in the evening you have enough of free time to walk around the city on your own in order to enjoy beautiful atmosphere of Lviv and have a cup of coffee in one of the cozy Lviv cafes.

Dinner with typical Ukrainian dishes in a good restaurant in Lviv city center. Overnight at the hotel.

After early breakfast you ride 70-km-long distance to Ukrainian-Polish border, where your REISEWELT UKRAINE tour guide says “good bye” to you. 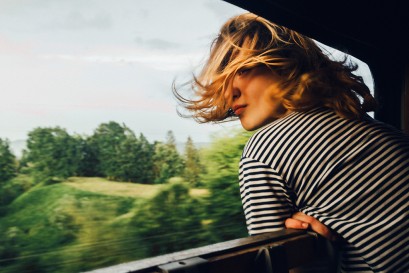 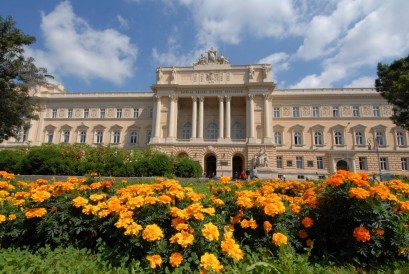