Teilnahmequote an der Befragung: %
Weekends in the UNESCO city of Lviv
3 or 4 days city trip

HIGHLIGHTS OF THE TRIP

First acquaintance with the city and its special flair. Right at the beginning small alleyways invite you to explore and go for a walk. Lviv was founded in 1256, and since 1998 its historic city belongs to the UNESCO World Heritage Site because of many historic buildings. Over centuries, the city often changed its rulers that can be seen today in the ethnic and religious diversity. You can find Polish, Jewish, Armenian, Ruthenian, German and Italian tracks here. A pleasant atmosphere of the past centuries that is created by many sleeping lions as well as by the stories and legends of the city. The young urban bustle makes you feel something special, a unique sense of close ties with the spirit of Lviv, which is not visible, but noticeable. This city lives its own life, one can say undoubtedly that Lviv has its own soul: street musicians set the pace, dances in the town square "in the rhythm of the heart", horse-drawn carriages in the city center, many outdoor cafes, where life is bustling and people are communicating happily.

Let yourself be pampered with a welcome dinner in one of the best restaurants in the city.

Your city tour starts at about 12 p.m after the free morning. You have seen so little of Lviv - there is so much to discover! During the detailed guided tour you will get familiar with the past and the present of this undisputed capital of the Ukrainian culture, spirituality and national identity. Pompous facades, stylish palaces, churches and monasteries tell about the cultural richness of the Central European past. The Art Nouveau reflects the early days of the Habsburg monarchy, and the Renaissance architecture is a true pleasure for your eyes. This architectural diversity of the downtown gives the impression that time has stopped for at least 100 years. The central market square with the town hall, many patrician houses from the Middle Ages and the modern period, the Romantic Italian courtyard and other historic sights such as Armenian Church, Boim Chapel, and the opera - these are among the essential components of this unique city. At the end of today's city tour you will visit the Lviv residence of King Jan III Sobieski, the former King of Poland and Grand Duke of Lithuania and the "pearl of European architecture" - the Opera House.

Immerse yourself in the medieval past - 3 locks form a magnificent backdrop to the landscape around Lviv. Zolochiv, Pidhirtsi and Olesko, where you will experience a knightly meal in the castle restaurant. Visit Brody, the former old Austrian border town in the northeastern corner of the monarchy and the birthplace of the writer Joseph Roth.

The renaissance city Zhovkva has a lot to offer: a medieval castle, the famous Laurentian Cathedrale and a still-functioning wooden church, which belongs to the UNESCO list.

In Krekhiv monastery you will learn more about the daily life of the monks and make a pilgrimage to the source as well as visit the ancient cave monastery in the Kloster Wald.

TOUR TO THE CARPATHIANS  2 DAYS

It is a unique opportunity to go to the Ukrainian Carpathian Mountains. In the middle of the mountains, you will find a primeval world, surrounded by unspoiled forests, mountain villages and wild nature.

The Carpathians start immediately when you leave Lviv. Take the opportunity - discover local festivals, beautiful landscapes and the customs as well as hospitality of the inhabitants.

In the morning you will have an arranged city tour with other highlights such as Lychakiv Cemetery. This is considered as a splendid burial for many dignitaries of all living ethnic groups in Galicia. Alternatively - the Taras - Shevchenko - Hai, an open air museum with historic wooden architecture of the entire western part of modern Ukraine or visit the Schlossberg known as "the roof of the city" (only in good weather). The highest mountain of Lviv - Schlossberg (413 m above sea level) – was formed artificially in the late 19th century. A stroll through the park around the castle hill and the ruins of the ancient castle create a very good impression of the city past. At the peak there is a viewing platform, from where you can enjoy a breathtaking city panorama. Afterwards you will say goodbye to the city and its inhabitants. Transfer to the airport.

Number of participants: at least 2 people

Period: during the whole year 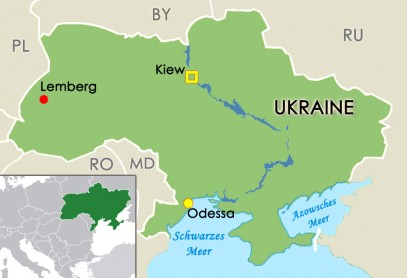